New Year’s Eve 2022 in the United Arab Emirates is one of the most spectacular celebrations to be witnessed by the general public. It is celebrated on the 31st of December every year. Well it is not unknown to all, but New Year’s Eve in UAE 2022 marks the last day of the Gregorian Calendar and one of the most prominent ones in the list of holidays 2022. The day stands for hope, excitement, blessings, love, warmth and many other things which the New Year will be bringing in shortly. 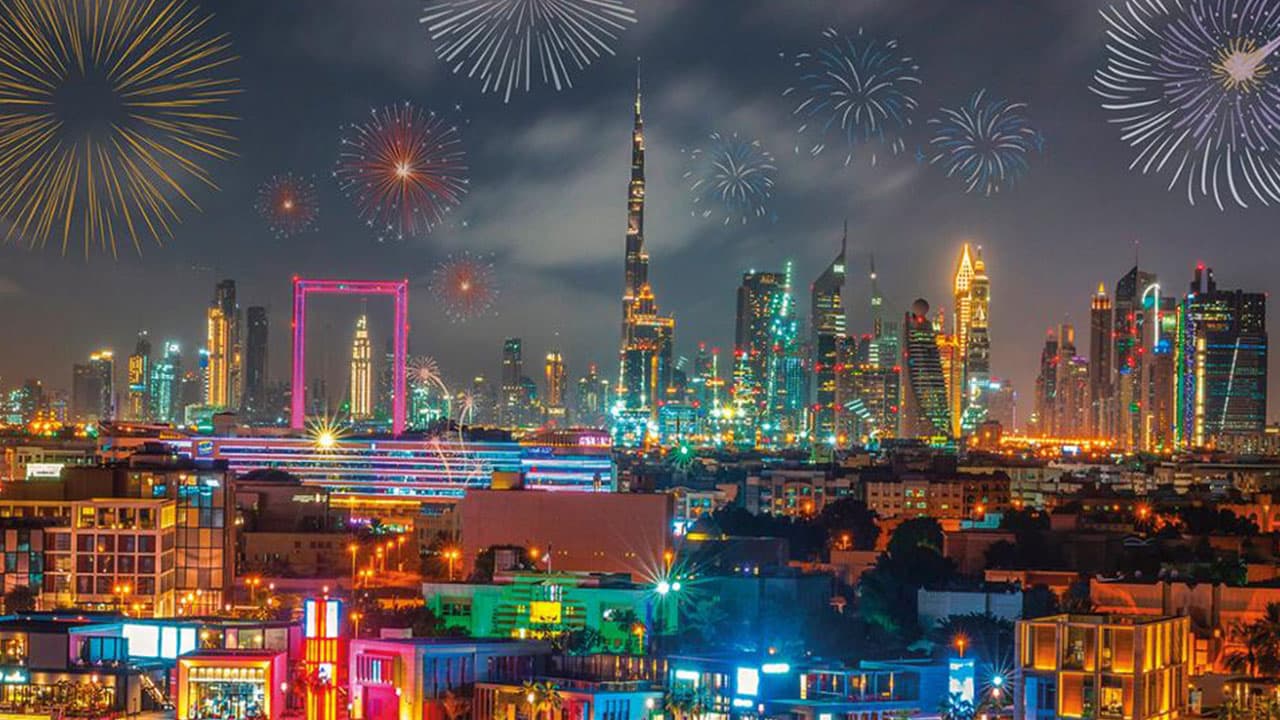 Is New Year’s Eve in UAE a Public Holiday?

New Year’s Eve in UAE is not a public holiday. All kinds of business proceedings maintain their usual working hours. However, the general public come out to the streets to take part in the festivities of New Year’s Eve in UAE, which is an important occurrence in the list of holidays 2022.

If we stop to take a look at the occurrences, then Late night parties, fireworks, dolled up stores and malls are the most common spectacles of the day. To add extra pinches of joy and fervour, some folks also take a trip to the desert areas to bid adieu to the old year and welcome the new one.

On this note, let us get into some insightful details about New Year’s Eve 2022 in the United Arab Emirates.

How is New Year’s Eve in the United Arab Emirates Celebrated?

1. Dubai celebrates New Year’s Eve in a legendary manner. Fireworks here remain a prominent part of the celebrations.
2. The city hosts a display of massive fireworks and lights and visitors spend every possible penny to witness the joyous events.
3. Burj Khalifa needs no introduction and this is where the majority of celebrations take place. It not only hosts the fireworks show but only a beautiful water-music dance at the Dubai fountain.
4. The Kite Beach situated in Dubai also attracts multiple visitors and party enthusiasts where they dance and party all night to finally welcome the new year.
5. The Food in UAE is another attraction apart from the trendy locations. The traditional Arabic cuisine appeases many guts. While many prefer to party all night, some like to enjoy the epicurean delicacies and spend some quality time with their friends, family and loved ones.
6. The Dubai Mall also puts up some spectacular fireworks shows and people flock in large numbers to watch the fireworks.

There are many other festivities which take place during the New Year’s Eve celebrations in the United Arab Emirates. We have updated you about most of the primary happenings of the day.

1. Where should one visit to celebrate New Year’s Eve in UAE?

2. Which things can be done on New Years Eve in UAE?

Going away for a relaxing sleep over in the desert, pool parties, enjoy the quintessential Arabic food and many other fun activities.

3. Where can the fireworks be spectated on New Year’s Eve in UAE?

4. Why is festivalName different in the US?

Al Majaz Waterfront (MWF), Burj Al Arab, Burj Khalifa are the places where you can watch fireworks on New Year’s Eve in UAE.

We hope that this article on New Year’s Eve 2022 proves to be interesting for you. Thank You so much for connecting with us!!