Eid al-Fitr in Bangladesh 2023 is one of the most cherished Islamic holidays, falling at the end of Ramadan. For the entire month of Ramadan, Muslims fast from sunrise until sunset. Fasters not only refrain from eating and drinking, but they also refrain from wicked thoughts, utterances, and actions. 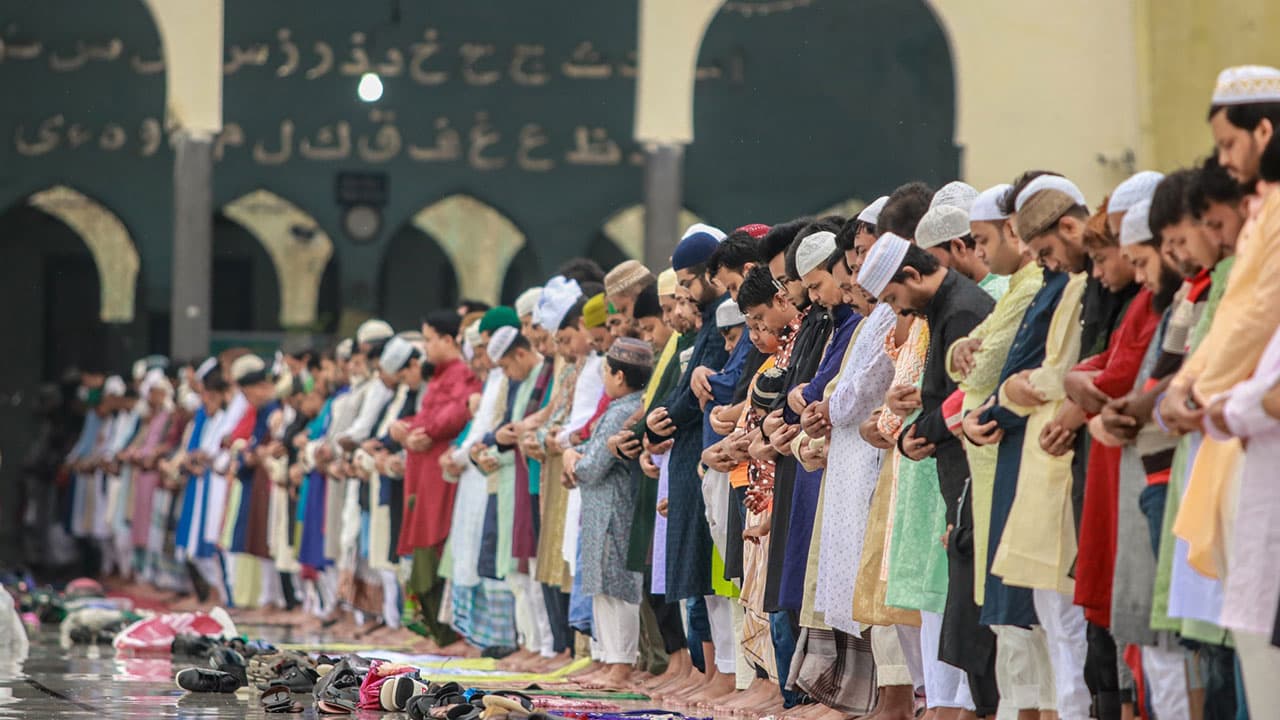 Based on moon sightings and lunar calculations it is predicted that Eid al-Fitr in Bangladesh 2023 will be celebrated on May 3, with observance beginning from the evening of 2nd May and ending on 3rd.

Is Eid al-Fitr In Bangladesh A Public Holiday?

Eid al-Fitr is a national holiday in Bangladesh as per the Holidays 2023 Calendar. The day is dedicated to celebrating the end of Ramadan month. All schools, offices and businesses are closed on this day.

Why is Eid-al-Fitr celebrated?

In the Islamic community, Eid al-Fitr is a delightful day for families and friends. This two-to-three-day celebration, which occurs immediately after the end of Ramadan, is the most important and happy commemoration of the Islamic faith.

In essence, Eid al-Fitr allows the faithful to express gratitude to God for providing them with the strength and determination to finish the mandatory fast and observe His commands during Ramadan. Muslims delight at being restored to a state of fitra (innocence/purity), having been absolved of all their misdeeds and therefore resuming their lives.

Following a month of reflection, Muslims gather with their friends and family to express thankfulness to God on Eid-al-Fitr. The occasion reminds Muslims to be grateful for what they have and to share with those who are less fortunate.

How is Eid-al-Fitr celebrated?

Eid celebrations include a lot of gifting. Muslims donate an obligatory payment to charity (zakat al-Fitr) in addition to offering thanks. This is another of Islam’s five pillars. In addition to these payments, some Muslims volunteer at soup kitchens and distribute their own food to those in need.

Children are given eidi contributions in money bags, and sweet goodies like cookies and dates are given to loved ones, neighbours, coworkers, friends, and even strangers. Family members will also exchange gifts, albeit the majority of these will be reserved for the family’s youngest members.

When Was The First Eid al-Fitr Celebrated?

The Prophet Muhammad and his followers celebrated the first Eid al-Fitr in 624 CE, following their victory in the battle of Jang-e-Badar that became a turning moment in Muhammad’s struggle with the Quraish in Mecca during the early days of Islam.

’Feast of the Lesser Bairam’ is another name for Eid al-Fitr, which is a Turkic word for festival. The reason for the choice of the phrase ’lesser’ for such a well recognised celebration is that the ’Greater Bairam’ is Eid al-Adha, the second famous Islamic festival that is considered the holy of the two.

The "Festival of Breaking the Fast" is how many people refer to Eid al-Fitr. Fasting from sunrise to sunset during the holy month of Ramadan ("Sawm") is one of Islam’s five pillars. The text of the Qur’an is said to have been revealed to the Prophet Muhammad during the month of Ramadan, according to Muslims.

Muslims pray for Eid Al-Fitr, which is known as "Salat Al Eid" in Arabic. For Eid prayers, there is no loud call to prayer. Muslims will congregate in mosques or open locations to offer two "Rakat" units of prayer. Following the prayers, the imam delivers a speech in which he prays for forgiveness, mercy, and peace for all people everywhere.

It is customary to wear fresh clothes and eat something sweet, such as a date, on the way to the mosque, as well as offer a short prayer known as a takbeer.

Giving money to the downtrodden (known as ’Zakat al-Fitr,’ the amount to be donated depends on one’s holdings), sending Eid greetings, and feasting with family are also important parts of the Eid celebrations.

For many Muslims, Eid al-Fitr is a time to express thankfulness to Allah for providing them with guidance and strength during Ramadan to help them practise self-control.

On this day, Muslims frequently greet one another with the word "Eid Mubarak," which means "blessed holiday" in Arabic. "Khair Mubarak" is the proper answer to Eid Mubarak.

It is commonly believed that in Islam, good deeds are repaid tenfold done in the 30-day fasting season of Ramadan brings prosperity, harmony, and peace to everyone who support and dedicate themselves to the sacred cause.

Muslims frequently dress up to go to their local mosque, where they can not only participate in prayers but also eat their first breakfast in a month during daylight hours. The Salat ul-Fajr prayer is held before dawn, followed by a bath before the Eid prayer, also known as Salaat al-Eid.

Salat al-Eid is only performed twice a year, thus the imam leading the gathering will normally explain how to execute it before it starts.

Muslims all throughout the world celebrate Eid ul Fitr by praying and listening to a sermon shortly after daybreak. Devotees begin the day by changing into new attire, greeting each other with "Eid Mubarak," and sharing sweets. Eidi is a festivity in which children receive gifts and money from their elders.

Without a comprehensive food buffet featuring Haleem, Kebabs, Biryani, Nihari, and mouth-watering desserts like Seviyan, the celebration is incomplete.

We hope you have liked this article on Eid ul-Fitr in Bangladesh 2023. Thank you for being an important part of AstroSage.