National Day 2023 in the United Arab Emirates is one of the most widely celebrated Holidays 2023. It is observed on 2 December 2023. This day holds great regard for the citizens of UAE and they take great pride in making this event a successful one. The spirit of ’one-nation’ inspires the people to celebrate this day with great joy and fervour. Schools, colleges and many other public institutions organise many spectacular events on the occasion of UAE National Day. 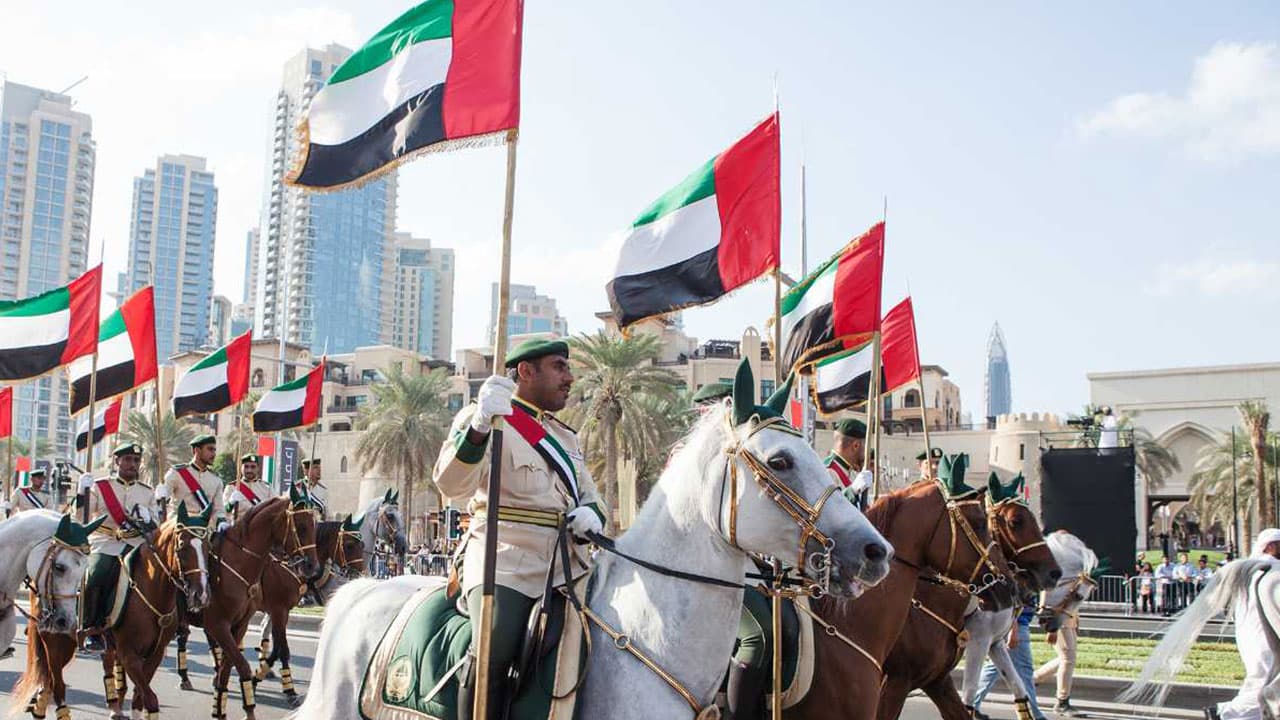 National Day in UAE is a public holiday and is known as one of the most prominent occurrences in the list of Holidays 2023. ’Al-Eid Al Watani’ is another name attributed to this special day in the list holidays and 2nd of December is the date on which it is celebrated. The holiday usually gets extended for another day and December 3rd also gets counted as a holiday but the second date may vary, which means that it can either fall before or after 2nd December, in accordance with the week and day of 2nd December.

The story of National Day 2023 in UAE also coincides with how the flag of UAE came into existence. Apparently, it was adopted on 2nd of December in the year 1971 and hoisted by the first ever president so as to make the formal declaration that UAE is an independent country.

We hope that you will appreciate this blog of ours on National Day 2023 in the United Arab Emirates. Thank You so much for connecting with us. We wish for your bright and happy future.