New Year’s Day 2023 in Sweden is observed on January 01 every year with great enthusiasm, joy and excitement. This day is filled with Swedish traditions on New Year, delicious meals, customs and lots of get-togethers and parties. This day is regarded as a public holiday for the general population, which is why all academic institutions, universities, colleges, banks, post offices, public and private sector offices and other public dealing offices remain closed. However, shopping malls, gift galleries, restaurants and eating joints see a lot of rush on this day since people visit these places to buy New Year gifts and book reservations for a happy New Year lunch or dinner. 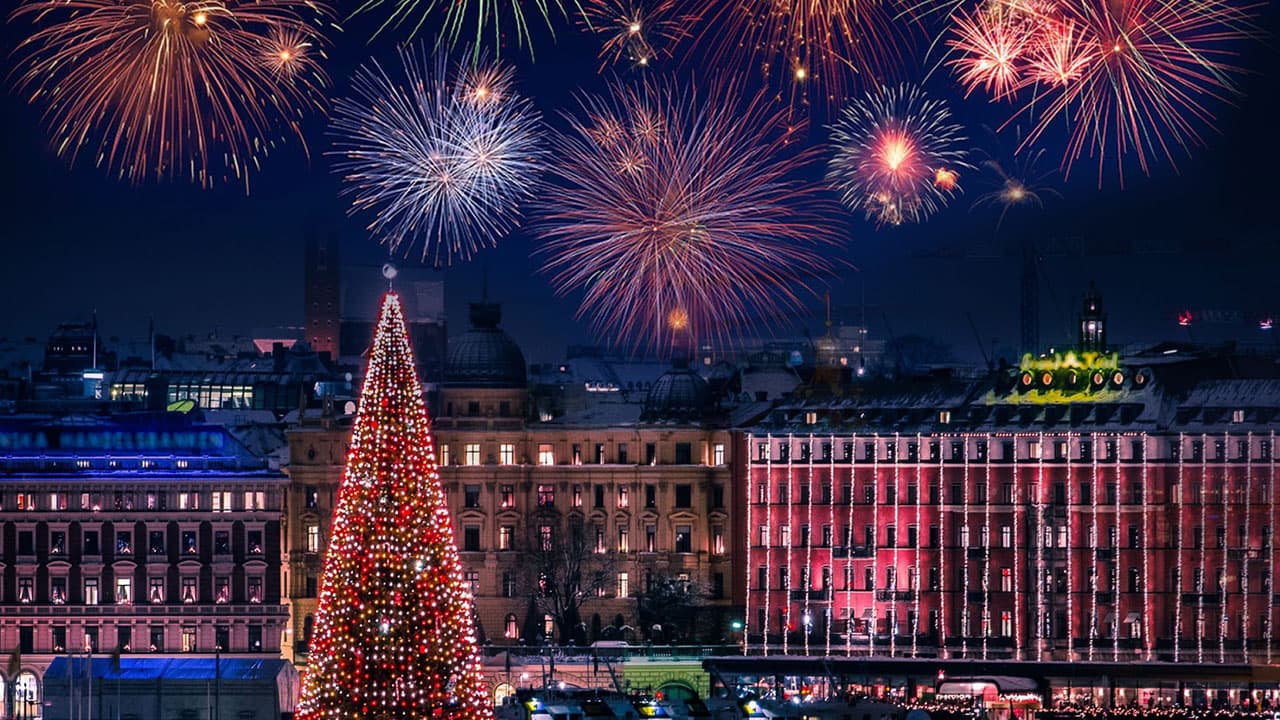 Is New Year’s Day a Public Holiday in Sweden?

New Year’s Day is a public holiday for the general population according to Sweden Holidays 2023. This means, offices, colleges, schools, universities, and several other academic institutions remain closed on this day.

One of the most popular New Year Traditions followed in Sweden is watching the 1982 film adaptation of “Ivanhoe“ and “The New Year Concert of the Vienna Philharmonic Orchestra” in the afternoon broadcasted by SVT on the New Year’s Day. i.e. 01 January. Since a lot of Swedish customs and traditions roll around television, this tradition is followed every year with great enthusiasm. However as of now, TV3, a commercial channel, has taken over this responsibility.

Another tradition in Sweden is eating Rice Pudding served with nuts with loved ones on both New Year’s Eve and New Year Day. it is believed that anyone who finds a total of 12 nuts is blessed with fate and good luck. Youngsters can be seen organizing house get-togethers, hosting parties and entertaining guests. Swedish natives wish their family, friends and loved ones “Gott Nytt År” or “Happy New Year” and offer them gifts.

We hope you have liked this article on New Year’s Day 2023 in Sweden. Thank you for being an important part of AstroSage.