Vaisakhi 2020 in India is observed on Monday, 13 April and regarded as one of the major Holidays 2020 in India. This day is observed as the Punjabi New Year in Sikhism as per the Nanakshahi Solar Calendar, and the festival of Harvesting. Baisakhi festival commemorates the birth of the “Khalsa Panth” under the leadership of Guru Gobind Singh.

It is also an important religious event in Hinduism. For many Hindu natives, Vaisakhi marks the beginning of the month of Vaisakh or Baisakh and celebrates the festival of Vaisakha Sankranti or Solar New Year as per the Hindu Vikrami Samvat. Let us know more about this auspicious day and find out Happy Vaisakhi wishes that can be used to send others. 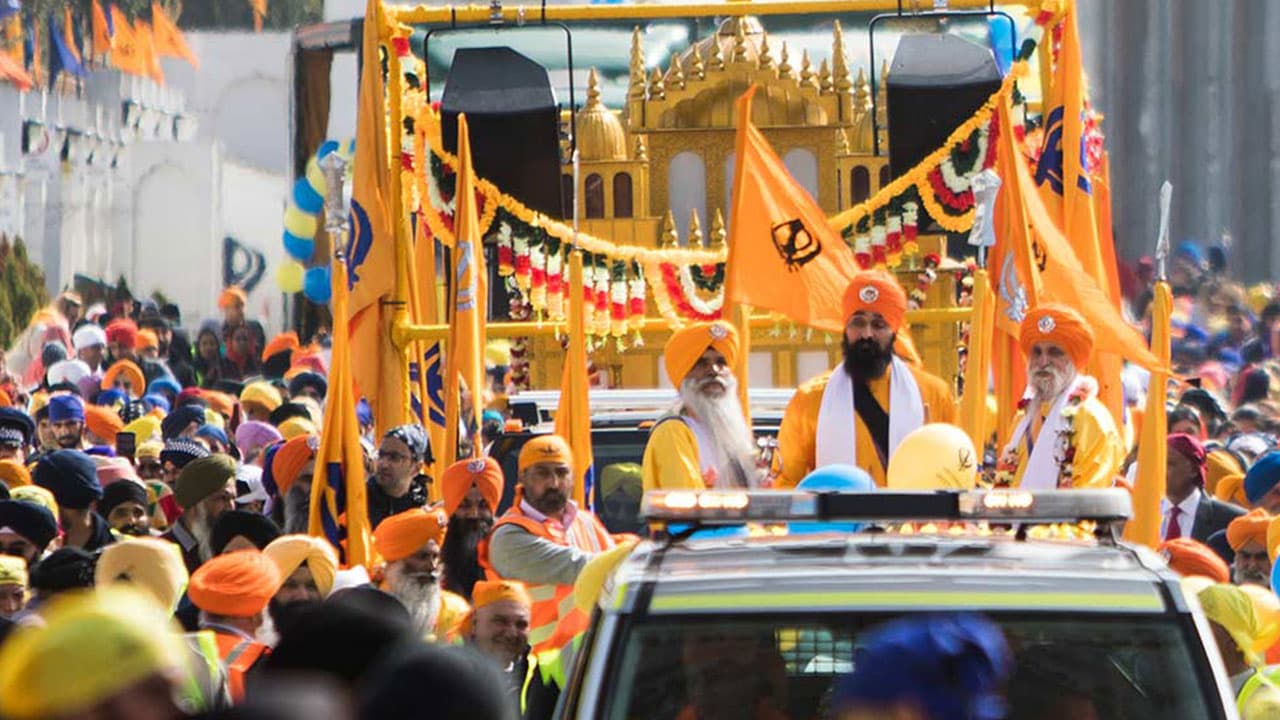 Is Vaisakhi a Public Holiday?

Vaisakhi is an optional public holiday in India, with some states announcing it as a religious public holiday for the general population. However, most schools, colleges, educational organizations and institutions, and universities remain closed on this day. Many offices and businesses can be either seen operating with a restricted schedule for the day or closed for the day. However, some retail shops and shopping malls remain open and fully functional.

The history of Baisakhi holds great significance in both Hinduism and Sikhism. Vaisakhi, also called Baisakhi, marks the festival of harvesting and commemorates the day when the organisation called Khalsa Panth was established in the year 1699. This was the same day when the massacre of Jallianwala Bagh during the colonial British Empire was witnessed by the masses.

As per historical scriptures, in the year 1699, it was none other than Guru Gobind Singh Ji who chose those this day to establish the very foundation of Khalsa. Khalsa is a term given to a group of Sikhs who are baptized. According to the story, the Guru, after coming out of a tent and carrying a sword, asked the crowd about anyone who can sacrifice their lives for the sake of faith and religion.

He said that in case there is someone like this, he should come forward and enter the tent. After hearing this, five brave men appeared in the front and entered the tenth, with the Guru following them while holding a sword. After some time, the Guru appeared alone with a blood-stained sword.

To everyone’s surprise, all those five men too came out from the tent unharmed and adorning turbans. These men came to be known as “Panj Piare”, or the “Beloved Five” and were said to be the first five members of the Khalsa Panth. Following this, they were baptized with the holy Amrit, which became a ritual during the Baptism Ceremony in Sikhism. Their names were:

Indians celebrate the festival of Baisakhi with great fervor and enthusiasm. They clean their premises, prepare delicious meals, dance, sing folk songs, dress up in fancy clothes, carry out street processions and organise several fairs and get-togethers. Women perform Gidda, whereas men perform the folk dance Bhangra while adorning the traditional attires. This day is observed as a holiday, where people pay a visit to the religious Gurudwaras and enjoy the Kadha Prasad.

This is a holiday when many Sikh natives decide to get baptized. Nagar kirtans are carried out in various localities and men and women are seen singing hymns from the holy book known as Guru Granth Sahib. The holy book is well-covered and taken out during the Nagar Kirtans.

The Gurudwaras are thoroughly cleaned by the staff as well as volunteers, lavishly decorated with lights, flowers etc., and religious programs are organized for the masses. Grand celebrations take place in the city of Anandpur Sahib in Punjab called Talwandi Sabo, where the Guru stayed for nine months and compiled the holy Guru Granth Sahib. You can see Langers being organized in several gurudwaras all around the world on this auspicious occasion.

Traditionally, the festival of Baisakhi has been observed as the Sikh New Year. As per the Khalsa Sambat, the formation of the Khalsa marks the beginning of the Khalsa Calendar. For farmers in the Punjab and other regions, this day is observed as the Harvest Festival, where farmers thank the Lord for a plentiful harvest and wish for a prosperous year ahead.

The traditional ceremony of Aawat Pauni is performed, where people get together and harvest the wheat crops while drums are played in the background. After this, people recite the couplets and have a great time together.

The day of Vaisakhi marks the ripening and harvesting of Rabi crops. This is significantly observed by Punjabi Hindus and Sikhs. The joyful cries of people shouting ’Jatta Aayi Baisakhi’ can be heard, and the environment remains filled with colours and vibrant emotions. Vaisakhi Fairs are held in several cities of Punjab, Haryana and other states. People can be seen adorning traditional attires, dancing on traditional folk songs and playing folk instruments.

Since the day of Vaisakhi marks the establishment of Khalsa, the Five “Ks”of Khalsa symbolizes the significance and tone of this day. These comprise five items that are to be worn by every Sikh and represents faith, purity and patriotism. Any Sikh who has tasted the Amrit or been baptized is known as an Amritdhari, and any Sikh who hasn’t tasted the Amrit but still follows the preachings of the Great Guru is known as Sahajdhari.

The Five Ks are:

1. Is Vaisakhi a bank holiday in India?

Vaisakhi or Baisakhi in {6} is an optional bank holiday in India.

2. What is eaten on Vaisakhi?

3. Can non-vegetarian items be consumed on Baisakhi?

Usually people avoid consuming meat on such occasions. However, locals in some regions prepare non-vegetarian items on the day of Baisakhi.

4. Why do farmers celebrate Baisakhi?

Farmers thank the Lord for a bountiful harvest on the day of Baisakhi, and celebrate this day as Thanksgiving Day.

From the above information, it is evident that the festival of Vaisakhi 2020 in India is observed on Monday, 13 April with great enthusiasm.

We hope you have liked this article on Vaisakhi in India. Thank you for being an important part of AstroSage.

Baisakhi - Names in Other Languages