Eid e-Milad or Milad un-Nabi 2021 is a popular Islamic observance and commemorates the birth anniversary of Prophet Mohammed. This day, also called Mawlid al-Nabi al-Sharif or Mawlid, is observed during the third Islamic month Rabi‘ al-awwal. For Sunni Muslims, this day falls on the 12th Rabi‘ al-awwal, whereas for Shi‘a Muslims, this day is observed on the 17th Rabi‘ al-awwal. Due to the constant changes in the sightings of the Moon, the Lunar Calendar advances 11 Days ahead each year, which is why the Eid e-Milad date varies. 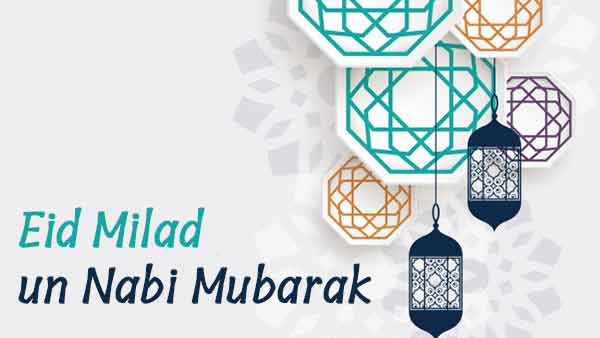 Is Eid e-Milad A Public Holiday?

Milad un Nabi is considered as a general holiday for several Middle Eastern and Asian countries such as India, but countries like Australia, Canada, the UK and USA don‘t observe this day as a public holiday. However, several Islamic organizations and educational universities alter their opening and closing times and carry out festivities. In several countries, celebrations on this day are carried out in full force, with parades and public gatherings being organized.

Who was Prophet Mohammed?

Muhammad is regarded as the one who laid the foundation of Islam, and viewed as the last prophet of the One despite some denominations. As per Islamic beliefs, he is profoundly called the “Messenger of Allah”. He introduced several socio-political and religious reforms in the society, which helped the Islamic society get rid of injustice and slavery etc. These changes helped to improve the status of women in society as well. It is believed that at the mere age of 40, Muhammad obtained his first revelation through the Angel Gabriel from the Supreme One. This continued for up to twenty-three years, and all of these revelations were compiled and collected in the form of the Quran.

On the auspicious occasion, natives offer Eid al-Adha prayers either at home or mosque. Before commencing, the cleansing ritual Wudu is carried out, where natives wash their hands, feet, face and mouth and then sit to offer prayers at a clean space. Eid prayer consists of two rakats comprising of seven takbirs and five takbirs during the first and second Raka‘ah respectively. After finishing the prayer, people embrace each other and exchange wishes, gifts and greetings. People organize family get-togethers and invite their friends over for a sumptuous meal.

In the early years, the birth of Prophet Mohammed was considered to be a holy occasion, which is why private gatherings and poetry sessions were carried out. As per some sources, Abu ‘l‘Abbas al-Azafi introduced this trend as an act of strengthening the community and imbibing an Islamic sense of living. Celebrations include torch bearing, public sermons, animal sacrifices, public processions etc. However, with modernisation, the way of celebrating this occasion has drastically changed. Also, there are several other instances that claim the origin of Eid e-Milad in history.

Prophet Mohammed‘s Birthday, also called Mawlid, Milad un Nabi or Eid e-Milad, is celebrated in different ways all across the world. Some carry out festivities on this day, whereas some regions prohibit any merry-making on this day. All over the world, mosques are beautifully decorated, and people wear their new clothes. Street parades are carried out, where people recite salutations and songs praising the Prophet. On this day, stories about the Muhammed‘s life and childhood, his preachings and sufferings are recited.
Eid e-Milad marks the occasion of donating gifts, money and goods for the needy and poor. In several countries, national flags are hoisted and gun salutes are offered to commemorate this occasion. People offer their prayers and chant hymns while remembering the Prophet.

Eid e-Milad celebrates the birth anniversary of the founder of Islam, Prophet Mohammed. His teachings, stories, his act of selfishness and other charitable activities are recited and remembered respectively on this day. Below we have mentioned some interesting facts about this festival and tried to enlighten your minds:

1. Can we celebrate Milad un Nabi?

Milad-un-nabi or Eid-e-milad is believed to be the birthday of the prophet Muhammad. Mostly Shia Muslims and some classes of Sunni Muslims will mark this as the Prophet Muhammad‘s (pbuh) birthday.

2. How many Eids are in Islam?

There are two major eids per year in the Islamic calendar – Eid al-Fitr earlier in the year and Eid al-Adha later.

3. Who declared Milad as a public holiday?

In some countries, such as Egypt and Sudan, Mawlid is used as a common term for the celebration of the birthdays of local Sufi saints, and not necessarily for the observance of the birth of Muhammad. Approx. 3,000 Mawlid celebrations are held every year.

In some countries, such as Egypt and Sudan, Mawlid is used as a common term for the celebration of the birthdays of local Sufi saints, and not necessarily for the observance of the birth of Muhammad. Approx. 3,000 Mawlid celebrations are held every year.

We hope that you have liked this article about Eid e-Milad, also known as Prophet‘s Birthday. We wish you Eid Mubarak!