Labor Day 2021 is an international annual event which commemorates the workers, both labourers and working classes, their hard work and contribution. Labor Day date varies from country to country, however, it is commonly observed on May 12021. This day also goes by the name Workers’ Day, International Workers’ Day, May Day and Labour Day. a pan-national organization consisting of communist and socialist political parties who chose this specific date to mark the special occasion of the Haymarket Affair. 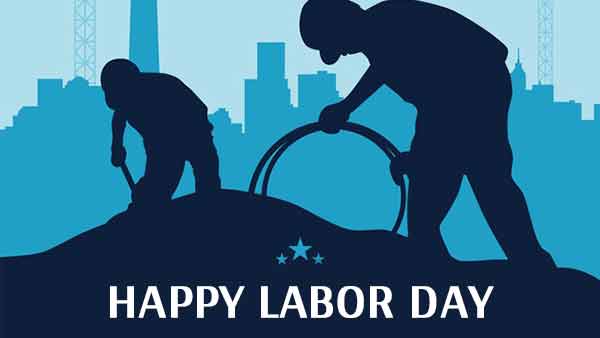 Is New Year’s Eve A Public Holiday in Australia?

New Year’s Eve is not observed as a public holiday among Australian citizens. Since it falls one night before the New Year’s Day, it can be considered a part-holiday in several parts of the country. Hence, on this occasion, several schools, universities and colleges remain closed, and several private and public offices may operate on a restricted basis.

However during this period, retail stores, restaurants, pubs, bars and public places remain open till late at night. People dine with their families and loved ones, organize themed parties and purchase gifts. This occasion is also observed as a bank holiday in South Australia and Northern Territory.

New Year’s Eve history holds great importance for devout followers. This day marks the last day of the existing year and beginning of the New Year. According to the Gregorian Calendar, the New Year’s Eve falls on the last day of the last month of a year, i.e. 31 December every year. This calendar was first introduced by European settlers in Australia, after which it was used in mainstream divisions in order to keep up with worldly affairs.

However, not every cultural sect residing in Australia follows the Gregorian Calendar. Since several other ethnicities such as Hindu, Chinese, Jewish, Islamic etc. also reside in the country, they follow their own calendars and celebrate New Year’s Eve and New Year’s Day accordingly.

Several Australian cities host special New Year’s Eve events, parades, processions and much more for people to enjoy the night and throw away regrets and sadness away. Numerous celebrities can be seen either attending or hosting these parties. Theme-based New Year’s Eve balls are very famous in Australia, and are organized with great excitement and passion. From masquerade, gangster to formal wear, tropical dress-up and much more, such theme-based balls and parties light up the whole country and allow people to mingle and make new friends.

Making New Year Resolutions is one of the main things people do on this occasion. They promise to give away any bad energy and aim to achieve any personal or professional goal in the upcoming New Year. People can be seen hosting parties at the beaches and boat cruises, wearing beach and tropical dresses, grilling and barbequing meats. Major cities carry out “Public Countdown” on this occasion before midnight, which is usually televised across cities.

People who are religious visit the churches and offer their prayers. They light candles and wish for a better New Year ahead. On New Year’s Eve, you can see people enjoying the sight of fireworks, setting up barbeque parties, and offering toasts for a prosperous year ahead.

One of the most famous places to visit on New Year’s Eve in Australia is Sydney, New South Wales. Sydney’s New Year’s Eve Fireworks is said to be one of the greatest sights to be witnessed on this occasion. This event symbolizes the true vibe of this occasion, and frames a spectacular moment.

Lord Howe Island is a well-known island listed as a World Heritage, and considered to be one of the best locations to enjoy a peaceful New Year’s Eve with your loved ones or partner. Being there gives you an edge of being one of the few to witness the New Year’s Sun before everyone else.

Hobart hosts the very famous The Taste of Tasmania festival, which brings life into the city with its vibrant shopping stalls, delicious aroma capturing the hearts of people and many others. People can sample some of the best wines, beers and cuisines on the New Year’s Eve.

Melbourne’s fireworks are spectacular to watch, and emit a sense of happiness and freedom. One of the best ways to witness it is by either lending a private boat from the Yarra River or reserving a table at the waterfront restaurant located in St Kilda or Docklands, Southbank.

Celebrate New Year twice with your friends and family by heading towards Coolangatta and Tweed Heads. Since the former is in Queensland and the latter is in New South Wales, you can just walk across the border and be at two places on the same night of New Year’s Eve! Amazing, right!

The person who came up with the idea of Labor Day was Peter J. McGuire, a carpenter and trade union leader.

2. Is Labor Day a patriotic holiday?

Labor Day is a patriotic holiday.

May 1 marks Beltane’s Celtic holiday, also known as May Day, which is celebrated by many Neo Pagans and Wiccans around the world to celebrate the start of summer.

We hope that you will appreciate this write up of ours on Labor Day!!