The Harvest Moon 2021 is the Full Moon nearest the September equinox, which occurs around 21 September. The Harvest Moon is in September most years, but it’s in October about every three years. The Moon rises on average about 50 minutes later per day. But when a new moon occurs near the equinox of autumn, the moon rises closer to sunset. For mid-temperate latitudes, it increases every day for several days before and after the full Harvest Moon just about 25 to 30 minutes later. The 50-minute to 30-minute difference may not seem like much. But it means that you can see the moon rise in the east in the nights after a full Harvest Moon, relatively soon after sunset. On these nights, the moon will rise at or near sunset, making it look as though there are several full moons about the time of the Harvest Moon for a few nights in a row. 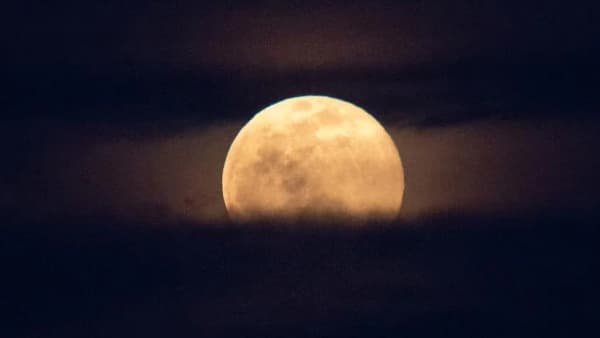 What Is A Harvest Moon?

The moonrise arrives shortly after sunset for most evenings. This results in an abundance of bright moonlight that was a common help to farmers and crews harvesting their summer-grown crops early in the evening. Therefore, it is called the Moon of "Harvest"!

Each year, there are only a little over 12 full Moon cycles, on average (there being about 29.53 days in a synodic month). The Moon of the Harvest is not like other stars.

Harvest Moon History Across The World

Of all the Full Moon titles, Harvest Moon is the most common. Some accounts say that the name comes from the custom of ancient Native Americans. Others point out that in both the Anglo-Saxon and Old High German languages, Harvest Month was recorded as early as the 700s.

It was common in ancient times to track the changing seasons by observing the lunar month rather than the solar year on which the 12 months are centred in our modern calendar.

People across Europe, as well as Native American tribes, have named the months for centuries after characteristics they associate with the seasons of the Northern Hemisphere. Many of these names are identical or very similar.

Today, as Full Moon names, we are using many of these ancient month names. A common theory is that many of the Native American names were adopted by Colonial Americans and integrated into the modern calendar.

A list of Full Moon names is famously provided by The Old Farmer’s Almanac, and we have decided to use these as the key Full Moon names. However, it seems that the Full Moon names we use today gave birth to a mixture of Native American, Anglo-Saxon, and Germanic month names.

There are several Harvest Moon festivals in the US, with farmers’ markets, beer and wine tastings, craft fairs, concerts, and entertainment. Harvest Moon, as well as the 1992 album and song by Canadian musician Neil Young, is also the name of a popular video game.

Complete Corn Moon and Barley Moon are the most common Native American names for the September Full Moon, and those names do not change with the equinox. The October Full Moon was named by various indigenous tribes as Hunters Moon, Blood Moon, and Sanguine Moon. However, because of the reddish tint that the Moon takes on during a complete eclipse, this is not to be confused with a total lunar eclipse, also known as a Blood Moon.

The Latin month names became more popular when the Julian calendar was adopted in 45 BCE. The earlier names of the Pagan and Native American months have since been reintroduced as Full Moon names, particularly in the United States by various Farmer’s Almanacs.

Regardless of where the term originated, all over the Northern Hemisphere the celestial meaning of the Harvest Moon is the same. The Full Moon nearest to the equinox of September is astronomically special because at this time the time from one moonrise to the next becomes shorter.

Usually, in a lunar month, the Moon rises on average 50 minutes per day, which is the time it takes for the Moon to pass through all the phases of the Moon. However, the moon rises less than 50 minutes later than the day before, for a few days during the Harvest Moon.

The early moonrise around the equinox for a couple of days in the old days meant that farmers could work and harvest their crops for a longer time in the evenings.

In the Southern Hemisphere, where the celestial seasons are opposite, the inverse phenomenon happens, and the vernal equinox is the September equinox. Here, during the Harvest Moon, the moon rises more than 50 minutes later than on the previous day. About the March equinox, people in the Southern Hemisphere observe the Harvest Moon effect instead.

1. Is Harvest Moon a spooky event?

No, it is not. Rather it is a cultural event.

2. What is it about Harvest Moon that happens once every three years?

The probability of the Harvest Moon falling in October is after every third year.

We hope that you have liked our article on Harvest Moon 2021 and found the details informative. Thank you for being an important part of AstroSage.