Father’s Day 2021 honors the fathers and father figures worldwide, and recognizes their lifelong contribution in a child’s life. Commonly, this day is observed worldwide in the month of June on its third Sunday. Although Father’s Day date can be different for some countries. Offering Father’s Day wishes to your beloved father makes his day more special along with bringing a smile on his face. This special day commemorates the act of fatherhood and shares the sentiments with other days such as Mother’s Day. 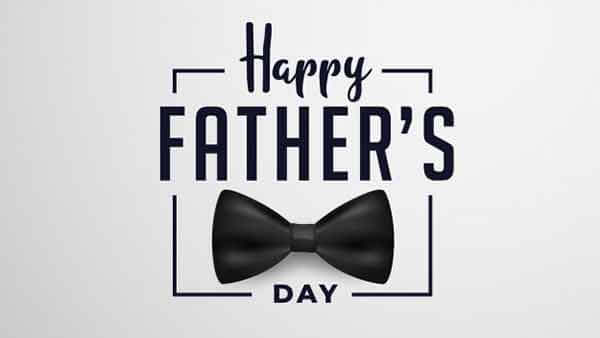 Is Father’s Day A Holiday?

Father’s Day isn’t announced either as a federal or national holiday worldwide including countries such as the USA, Australia, Canada, India, and UK. However, due to its occurrence on the third Sunday in the month of June, this day is considered a holiday. As a result, all the public and government sector companies and offices along with colleges, academic institutions, universities and schools remain closed on this day. On the other hand, shopping malls, eating joints and restaurants are seen fully packed with families coming out to treat their fathers and father figures and celebrate with utter love and passion.

The history of Father’s Day dates back to the early 1500s, when customary celebrations were carried honoring Saint Joseph’s feast day, also known as the "Nourisher of the Lord" and a fatherly figure in Catholicism. Some sources state that the very idea of this day lies in the elements of paganism and pagan sun worship, where the Sun was worshipped as the Father of the Universe. According to one of the most relevant sources, a woman named Sonora Smart Dodd started this tradition of celebrating Father’s Day after seeking inspiration from the American version of Mother’s Day.

Father’s Day date differs according to the country, and is celebrated with great emotions, passion and love across the world. Celebrating the essence of fatherhood, people on this day devote their time towards their fathers as well as father figures. Visiting their fathers and gifting chocolates, flowers, Father’s Day cards and gifts is a common practise. Those who live far away from their fathers give either a voice or video call to their fathers just to bring a smile on their faces. In some families, a big party or get-together is organized where all the friends and relatives of one’s father are called out and delicious meals are shared. Father’s Day celebrations sheds light on the role of fathers in building strong bonds with their children and nurturing them with good beliefs, thoughts and education.

Below we are mentioning some of the best and heartfelt Father’s Day quotes you can use to describe your feelings and gratitude towards your father:

Apart from the Father’s Day gifts mentioned above, you can surely go for something that suits your taste. Giving your father just a bouquet full of flowers, a handmade card or a hug is more than enough for him!

1. Is Father’s Day on the same day every year?

Father’s Day is a holiday celebrated annually on the third Sunday of June.

Father’s Day was established in 1910 by Sonora Smart Dodd, who was raised in Arkansas, at YMCA in Spokane, Washington.

3. What is the importance of fathers day?

Father’s Day is celebrated worldwide with the intention of recognizing and celebrating the father’s contribution to society.

4. Is Father’s Day a Public Holiday?

Father’s Day is not a public holiday and most businesses follow their regular opening hours.

We hope that you have found the article on Father’s Day quite interesting. Go through the list of Father’s Day gift ideas and see if any suits your preference.