Christian festival Epiphany is celebrated annually on January 6 2021, and observed as a public holiday all over the world. This is regarded as a feast day celebrating the revelation of Jesus Christ as the Son of God. However, its significance differs according to the Western and Eastern traditions.

According to Western traditions, this day commemorates the visit of the Three Wise Men or Kings to Lord Jesus Christ in his infant form. On the other hand, Eastern traditions commemorate the act of baptism carried out by St. John the Baptist for Jesus. This day is regarded as significant in Christianity and feasts are organized with people and loved ones getting together. 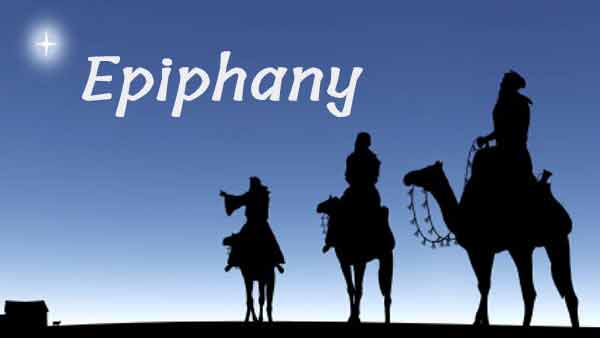 Is Epiphany Festival A Public Holiday?

Epiphany festival is a public holiday in several parts of the world and also known as Three Kings Day, Little Christmas, Denha, Theophany, Timkat, and Reyes in different countries. However, it is not considered as a public holiday in major countries such as the UK, USA, Canada, India and Australia.

Some states and religious sects of the countries consider it as a religious occasion and carry out parades and processions in its honor.

Epiphany history holds high significance in Christianity and explains its origin and observance. Epiphany is commonly known as Theophany or Three Kings’ Day, and commemorates the manifestation of God in the human form. According to historical sources, it is believed that the Epiphany festival originated from the Greek-speaking Roman Empire as a feast day honoring the Baptism of baby Jesus.

In the early times, the Church, particularly the Eastern, used to celebrate all major festivals such as the Wedding of Cana, Magi’s Visitation, Jesus’s Baptism and Nativity on one day itself by carrying out the Feast of Epiphany. However, during the fourth century, separate dates were appointed for Christmas and Epiphany, with the latter being observed twelve days after the former.

Since that day, this occasion is considered one of the holiest ones in Christianity and observed with pure devotion and love.

Several artworks, statues, paintings and colors are considered as Epiphany symbols. Some paintings reveal the visit of the Three Wise Kings; Melchior, Caspar and Balthazar; to see infant Jesus. This depiction is considered important since this visit marks the significance of the birth of Jesus as the King of all Kings.

The traditional ceremonial symbols for Epiphany is related to the Magi, where the symbols conclude the Three Kings, a crown or three crowns, three gifts consisting of Gold, Frankincense and Myrrh and and the Star of Bethlehem or Epiphany Star which guided the three Kings on their way to pay their visit to Jesus.

Many homes around the globe follow the practice of marking the lintels of their main doors with the symbol “+C+B+M+” and two numbers added before and after, i.e. 20+C+B+M+20 in case the year is 2021. This is regarded as a means of protecting the house from evil forces.

When it comes to colors and hues, White and Golden represents hope and celebration, and is said to be the symbol for the Christian festival Epiphany.

How is Epiphany Celebrated?

Epiphany celebrations are observed on the twelfth day after Christmas as per the Gregorian Calendar, and include singing Epiphany carols and hymns, getting the house blessed, gorging on feasts and Three Kings Cake, and attending the Church. On this auspicious day, kids dress up as the Three Kings, sing songs about Jesus’s birth and pay their respects.

In several Latin American countries, children write letters to the Three Wise Kings since it is believed that it is them and not Santa Claus who visit during the night. In other countries such as France, Fête des Rois is organized where kids and adults share the Three Kings cake and enjoy the festivity together.

Several countries celebrate this day in the most unusual way, where the women get the day off on Epiphany whereas the men of the household work and cook. Children fill grains and straws in their shoes for the horses of the Three Kings on the eve of Epiphany.

On the festive occasion of Epiphany, two carols are famously recited. These two are:

Apart from the above mentioned traditional tunes, some popular hymns also include:

These hymns and carols are popularly sung and recited by the Christian natives to mark the festivity in full force.

1. What does the day of Epiphany mean?

Epiphany is regarded as a feast day celebrating the revelation of Jesus Christ as the Son of God.

2. Why is Epiphany 12 days after Christmas?

Christians believe that the 12 days of Christmas mark the amount of time it took after Jesus’s birth for the magicians or wise men, to travel to Bethlehem for the Epiphany when they accepted him as the Son of God.

Many Christians around the world observe Epiphany on the 6th of January every year. It is a national holiday in many countries that, according to the Christian Bible, represents two moments in the life of Jesus Christ

4. How long does the season of Epiphany last?

The Epiphany season is seen as a continuation of the Christmas season, and together they last forty days.

We hope you have liked the article on “Epiphany” and found the information interesting to read. All the best for your future!