Eid al-Adha 2021, commonly known as Bakrid, is the festival of sacrifice and one of the significant Islamic festivals observed worldwide. This auspicious day commemorates the act of willingness carried out by Ibrahim by sacrificing his own son in order to follow God‘s command. This is a big day for Islamic followers, also known as Muslims, and grand celebrations and communal feasts are carried out with utmost love, affection and respect. Let‘s move on and know about its origin, traditions, celebrations, rituals and much more. 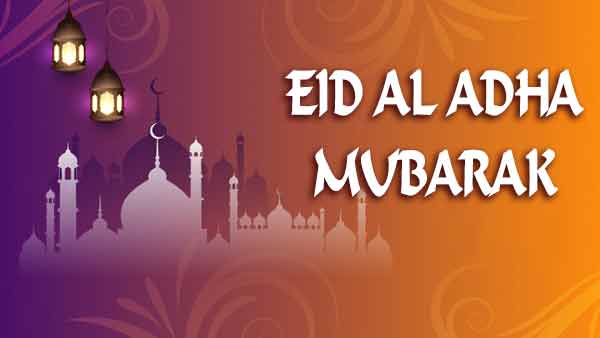 Is Eid ul-Adha A Public Holiday?

Eid al-Adha is considered to be a public holiday in major Islamic countries but not really observed nationwide in several countries including the UK, USA, Australia and Canada. However, Islamic universities, organizations and offices established in these countries remain closed on this day, and the level of service is reduced. Other countries such as India have announced Bakrid as a public holiday for the general masses. Mosques and religious establishments organize mass communal feasts after the prayers are offered, and some small events are also carried out on this day.
The occurrence of Eid al-Adha is calculated as per Islamic Lunar Calendar, and normally falls during the 10th day of Dhu al-Hijjah (final month of Islamic Calendar). This is a four-day event, however the dates may vary as per Gregorian Calendar.

As per the legends and religious history, it is said that Ibrahim, known to be the Prophet of Islam, underwent the most crucial trial of his life when he was commanded to sacrifice one of his most dearest possessions, i.e. his son Isma‘il, by the God. Not thinking much, he went ahead with the commandment and prepared to perform the act as per God‘s will. During this period, even the Devil or Shaitan tempted him to turn his back, but he drove him away by throwing stones and pebbles at him.
Eventually, when Ibrahim was about to sacrifice his loving son at Mount Moriah, God replaced his son with a goat, signifying his devotion. To commemorate this intervention, the ritual of sacrificing an animal began, which is followed as per Eid al-Adha sacrifice rules till date. After the sacrifice is made, it is shared into three parts, with one being for the family, second for relatives and third for the poor and needy regardless of religion.

On the auspicious occasion, natives offer Eid al-Adha prayers either at home or mosque. Before commencing, the cleansing ritual Wudu is carried out, where natives wash their hands, feet, face and mouth and then sit to offer prayers at a clean space. The Eid special prayer consists of two rakats comprising of seven Takbirs and five Takbirs during the first and second Raka‘ah respectively. After finishing the prayer, people embrace each other and exchange wishes, gifts and greetings. People organize family get-togethers and invite their friends over for a sumptuous meal.

Eidi is a heartwarming ritual followed during Islamic festival Eid al-Adha. It is basically a gift, monetary or materialistic, offered to small children by the elders of the family and friends as well. Normally, apart from kids, Eidi is given by husbands to their wives, sons to their mothers and motherly figures such as aunt or mother-in-laws, friends to their friends and brothers to their sisters. This tradition brings the family closer and imbibes a sense of giving and selflessness into one.

On Eid al-Adha, celebrations are carried out on a massive scale. After the prayers are offered and sermons are heard, muslims adorn new clothes, visit their family and friends and perform the act of Qurbani or sacrifice according to the Eid al-Adha sacrifice rules. This is an essential Islamic ritual performed on this day, where an animal, commonly a goat, is sacrificed and the meat is then distributed amongst family, friends and poor. This act symbolizes the sacrifice made by Ibrahim where he was willingly ready to give up his son at God‘s will.

Bakrid celebrations consist of communal meat-based feasts, where men, children and women come together wearing their finest clothing, share their food and mark the essence of union. Donations are also carried out on this day. Around this time, Muslims visit Mecca to perform the Hajj and pay their respects.

Eid Al-Adha is an auspicious day commemorates the act of willingness carried out by Ibrahim by sacrificing his own son in order to follow God‘s command.

2. Why is Eid ul Adha celebrated?

The festival honors the story of a prophet named Ibrahim (Abraham). Every year, Muslims observe Eid al-Adha to recall Ibrahim‘s loyalty and devotion to Allah above all others.

3. How is Eid Al Adha determined?

In the Islamic lunar calendar, Eid al-Adha occurs on the tenth day of Dhu al-Hijjah and lasts for four days.

4. What do you say during Eid Al Adha?

You may simply say ‘Eid Mubarak‘ or Happy Eid Al-Adha.

Celebrate Eid al-Adha with happiness and gain the blessings from the One by donating to the poor and needy. A very Happy Bakrid to you all!