Daylight Saving Time (DST) in 2021 varies between countries and is the practise of moving the clock forward as hot weather approaches and backward as the weather cools down, so that people can enjoy an extra hour of daylight in the afternoon and evening during the warmer months of the year. 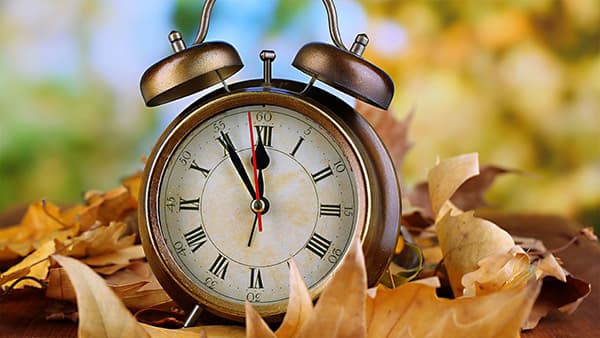 Daylight Saving time is not observed by Equatorial and Tropical Countries. The months that the time is set forward and back vary from north to south. The purpose of putting clocks ahead of standard time is to guarantee that the clocks show a later sunrise and sunset, usually by one hour in the spring, resulting in a longer daytime evening. People get up an hour earlier than usual, finish their daily tasks an hour sooner, and have an extra hour of daylight at the end of the day.

Daylight Saving Time History holds high significance. It was established by the US Energy Policy Act of 2005 and extended three weeks early in the spring and one week later in fall. The second Sunday in March, starting on 11 March 2007, is one hour ahead and the first Sunday in November. The clock will fall back. The hypothesis behind the move was that artificial light sources would be minimised and energy saved.

Accordingly, it was followed by a group of Canadians on July 1, 1908, when residents of Port Arthur, Ontario, changed their clocks ahead by one hour. Other provinces in Canada quickly followed suit. In Canada, other areas soon followed suit. However until Germany and Austria adopted DST on April 30, 1916, the concept did not catch on internationally, with the reason being to eliminate the use of artificial lighting during World War I to conserve power.

Meaning Of Fall Back or Sprung Up

DST lasts from March to October/November in Europe and the United States, and from September/October to April in New Zealand and Australia, because the spring and fall cycles are reversed in the Northern and Southern Hemispheres.

How Many Countries Use DST?

DST is in use in around 70 nations, including those in the European Union. India does not follow daylight saving time, and countries near the Equator do not suffer significant changes in daytime hours across seasons. However in a country as big as India, there is a separate controversy around the rationale of sticking with just one time zone.

In the US, except in Hawaii and most of Arizona, it is practised everywhere In Australia, aside from some other, smaller territories, DST is found in New South Wales, Victoria, South Australia, and Tasmania; and not observed in other territories in Queensland and Western Australia.

During the holy month of Ramzan, most Muslim nations do not use DST, which may mean stopping the breaking of the fast for longer. Morocco has DST, but during Ramzan it suspends it. Iran has DST, however, and even during Ramzan remains with it.

As a result, people born in March or April must use the aforementioned computing tools to create an accurate astrological profile. And, because the data is entered by people, there is still room for error. Because your birth chart uses your sun, moon, and rising signs to locate the exact placement of the celestial bodies in the sky at the same moment you were born, it’s critical to have accurate information.

If you were born in March or April, you should inquire about the DST variables in your birth chart with an astrologer during your consultation. This is when things become a little complicated. In the United States, DST is not used in all places. In Arizona, Hawaii, American Samoa, Guam, Puerto Rico, and the Virgin Islands, the DST is not in effect. Furthermore, throughout both the Central and Eastern phases, Indiana has counties that do not participate in DST on a regular basis. That is why, in addition to telling your astrologer when you were born, you must always inform them where you were born. In Arizona or Indiana, if you provide an incorrect city, your whole chart is off.

Daylight Savings are tricky in India, we have not observed daylight savings since 1970. And hopefully maybe not till 2030 even.

Daylight Savings Time 2021 Around The Globe

Dates of Daylight Savings Time in 2021.

When local standard time is about to reach

Sunrise and sunset will be about 1 hour later on [14 Mar 2021] than the day before. There will be more light in the evening. This period is also called Spring Forward, Summer Time, and Daylight Savings Time.

When local daylight time is about to reach

Sunrise and sunset will be about 1 hour earlier on 14 Mar 2021 than the day before. There will be more light in the morning. This period is also called Fall Back and Winter Time.

During the DST the evening is also said to be longer as the sun sets 1 hour later. But that is only half true: the Sun does still rise and fall at a later time on the clock on the day after DST begins, giving the illusion of a longer evening. DST affects only our civil period, however. It does not alter the direction of the Sun, the times of the sunrise and sunset or the duration of the day which only changes progressively during seasons.

Countries near the equator do not observe DST as the Sun’s motion does not alter their timings.

3. Is there an importance of DST in Astrology?

Yes, In Astrology, When DST or summer time is in force, you need to subtract one hour (in some cases 1/2 hour or 2 hours) from the local birth time. This is important because in vedic astrology, birth is taken to be the number of ghatikas passed the local sunrise time.

We hope that you have liked our article on Daylight Savings Time 2021 and found the details informative. Thank you for being an important part of AstroSage.