Christmas 2022 is an annual celebratory event and one of the most popular Christian holidays observed worldwide. Christmas Date falls on 25 December every year and commemorates the birth anniversary of Jesus Christ. This occasion is marked as an exclusive affair, where families and loved ones get together, enjoy home-cooked, delicious meals and enjoy the night with joy and happiness. People sing Christmas carols, decorate their houses, exchange gifts and organize Christmas parties, whereas kids wait for the very famous Santa Claus for gifts. 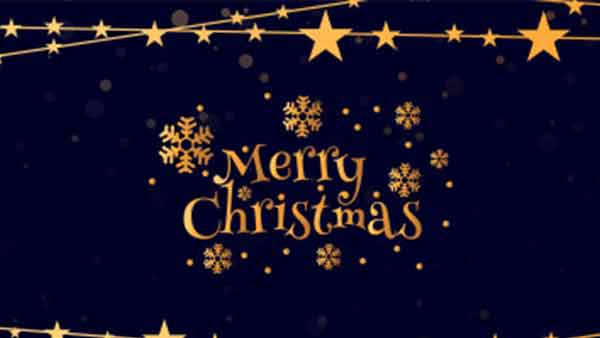 Is Christmas Day A Public Holiday?

Christmas, also abbreviated as X-Mas Day, is a public holiday in major parts of the world, and in countries such as India, the UK, USA, Canada and Australia celebrate this occasion on a massive scale. Hence, several government offices, public dealing sectors, banks, schools, colleges and universities remain closed on this occasion. Huge religious processions and parades can be seen on the roads with people happily dressed up as one of the Christmas symbols. Shopping malls, restaurants and cafes remain booked with people and their families, houses and public buildings are decorated and gifts are exchanged.

History and Origin of Christmas

Christmas history holds relevant significance and commemorates the beginning of its observance. Since the early 4th Century, the festival of Christmas has been observed by Christians, where the occasion does not mark the Nativity but the resurrection and baptism of the Christ. There is evidence of some Christians, notably aboriginals of Alexandria, opposing any kind of celebratory observance with regards to Christ’s birth. Around the 2nd Century, several dates were calculated for its observance, but Gospel narratives indicate no such evidence of Christ being born in the winters since it is mentioned by Luke that the shepherds were “keeping watch over their flocks by night”, which is understandably difficult in winters. However, Western Christians decided 25 December to be the day of massive observance. Although some Orthodox Churches celebrate the birth of Jesus on 25 December, there are some who still follow the Old or Julian Calendar. It is known that the Julian and Gregorian or New Calendar are 13 days apart.

The enactment of Nativity is a common sight on the day of Christmas in many Churches. It is the traditional narrative in the Gospels of Matthew and Luke, which describes the Christ being born to Mary, also known as Virgin Mary, in a stable in Bethlehem. Joseph and Mary were his parents, who travelled to Bethlehem from Nazareth. It is believed that shepherds adored him and Angels came by to witness the miracle.
Christmas day celebrations are carried out on a massive scale, and continue even after the New Year. Delicious feasts are prepared, houses are decorated, Christmas trees, also called Xmas trees, are installed and decorated with ornaments, lights, bulbs, candies and much more. People exchange Christmas greetings and Christmas gifts, and wish for a prosperous life ahead. The day is marked special for kids, who wish for Santa Claus to come down their chimney, take a bite of the cookies and sip of the milk they have kept on the table and leave something special for them right beneath the Christmas tree. Christmas poems are also recited on this day by both children and adults to mark the religious significance of this auspicious day.

Paramony is the another name given to Christmas Eve as per the Byzantine Rite traditions. It is believed to be the day when Nativity Fast is concluded, which is why a day of strict fasting is observed by the Byzantine Christians. In some cultures, any kind of food is prohibited for consumption until the first star is visible in the evening. Biblical celebrations are carried out, during which verses from the Old Testament are recited, after which a new candle is lit at the centre of the church and hymns such as Kontakion and Troparion of the Feast are sung. Byzantine services for Christmas Eve are somewhat similar to that of Good Friday.

Kids all over the world eagerly wait for their beloved Santa Claus, the epitome of happiness and prosperity on Christmas. In general, Santa Claus is depicted as a jolly-natured, white-bearded man with a huge belly dressed in red coat with white fur cuffs and collars, red hat, sometimes spectacles, red pants or trousers with white fur at the end and a huge, black belt across the belly. He is seen carrying a huge bag full of gifts for kids all around the world and riding a sleigh pulled by reindeers.
Santa Claus is believed to have his workshop established in the North Pole with elves helping him out and categorizing the gifts based on the behaviour of the kids. Even in today’s time kids believe in the existence of Santa Claus and eagerly wait for him to distribute gifts and candies to them, which in fact turns out to be their parents.

It is believed that back in the time, Romans and Egyptians were the first ones to use evergreen trees, also known as Christmas Trees, whereas in modern times, it was in 16th Century Germany that Christmas Trees became popular. From that time till today, trees such as Coniferous, Fir or Pine are widely used and decorated with ornaments, ribbons, candies, bells, angles, socks, chocolates, electric stars and lights to represent the festivity during Christmas. People install these trees either in the living rooms of their houses, around the main entrances or in the backyards. Christmas decorations include illuminated lights, sleighs, Christmas figures, snowmen, garlands and much more. Such decorations add to the festive vibe and instill a sense of happiness and positivity within the hearts of people.

Below mentioned are some unknown facts about Christmas or X-Mas which will instill a sense of interest within you, and update you about various customs and Christmas traditions followed in the earlier times. Go ahead and give them a quick read:

These were some of the interesting Christmas facts you may have never known.

In several countries around the world Christmas Eve, which is the day before Christmas Day, is celebrated. It is a Christian observance in the Gregorian calendar which falls on December 24.

In Hebrew the name of Jesus was "Yeshua" which translates as Joshua into English.

3. Which countries celebrate Christmas on December 24?

Presents are usually exchanged on the evening of 24 December in most parts of Austria, Germany, Poland, Hungary, the Czech Republic and Switzerland.

4. Which country is the founder of Christmas Day?

Christmas festivities started around 336 in Rome. Most Christmas customs, including decorating trees, originated in Germany and spread later to other parts of the world.

We wish you a Merry Christmas and wish for prosperity and longevity. May Jesus Christ Bless You!